Sarasin – HONEST YOUTH
Sarasin – SAVE HER

Produced and mixed by Juno Award winning producer Julius “Juice” Butty, the new creation is ready for promotion and distribution.

The band is looking for a label to enter into a relationship with that will offer exposure of the bands world class efforts to metal fans around the world.  There are 2 songs included in this EPK with 6 other completed tracks ready for your review.  No one has heard these new songs and we are looking to build a relationship that is mutually rewarding based on a sincere appreciation of hard work, our unique songwriting ability and world class talent.

Sarasin recently played to a near sold out capacity at Bridgeworks Concert venue in Hamilton, and are in the process of booking a European tour for the Spring of 2023 with dates in Germany, Bulgaria and Italy. Sarasin delivers a live performance that does not disappoint and delivers with a professional confidence only seasoned veterans can achieve….. LIVE and LOUD!

Along with this unheard newly completed recording, the bands previous record “Raise the Pain” although released on Itunes was never officially released and simply became another “covid victim”  The Strong release and the first produced with Juice Butty, is a hard hitting album that has set the table for this new record… a very natural progression….. That being said, “Raise the Pain” is also available for distribution and is readily available for your catalog.

Once you review our full EPK and listen to the two audio samples, for further interest please contact Roger Banks 905 308 0909 (rogerbanks@rogerbanks.com) or Greg Boileau 905 928 6298 gregboileau58@gmail.com

We look forward to hearing from you and discussing future opportunities. 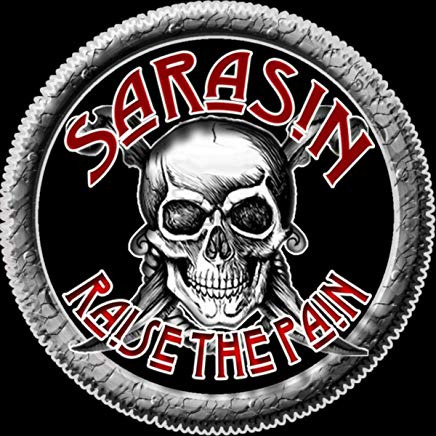