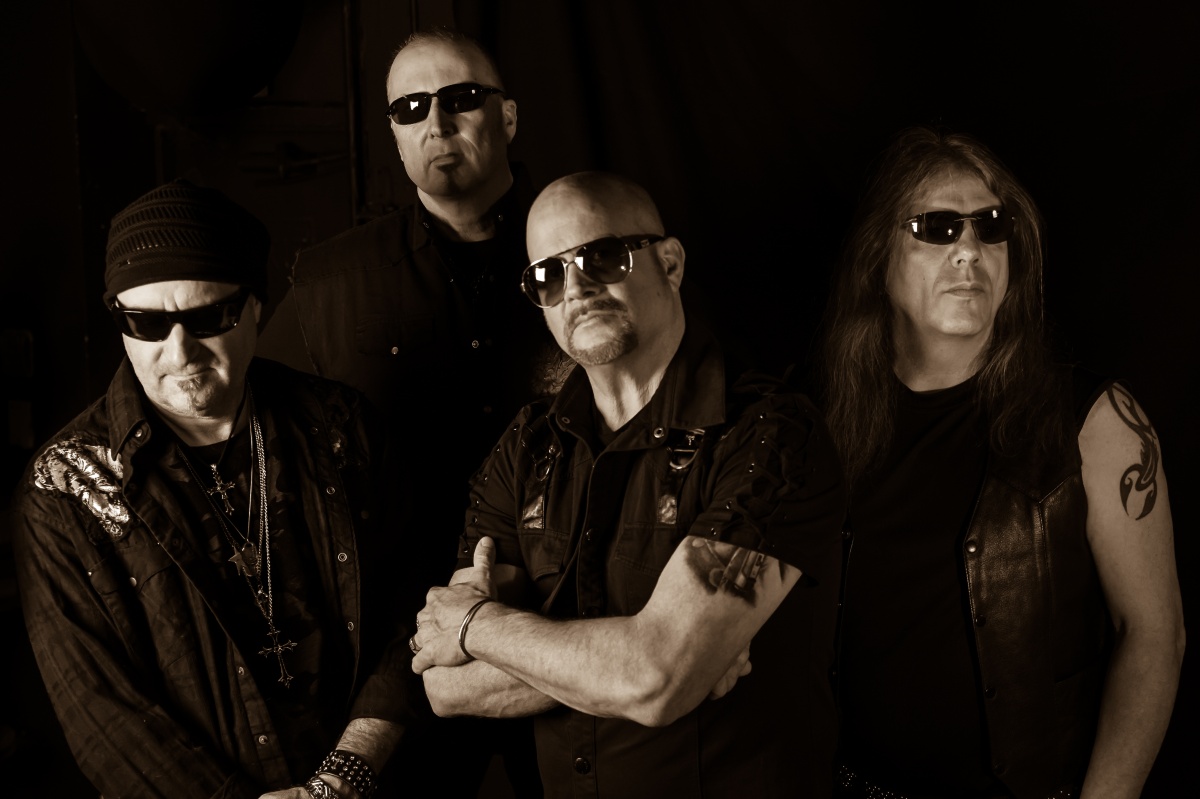 Forged in the steel mills of gritty Hamilton Ontario, Sarasin has been satisfying the palette of “The Hammer’s” Metalheads for 30+ years. As visionaries, they recorded their 1st indie EP in the 1980’s long before other bands realized it was possible. However unlike the fame seeking “poser” bands of that era they did it quite simply for their fans. Fans who are loyal to this day and could care less about viral videos and “likes”.

Whether playing a dingy local bar or on the stage of a concert hall, the throttle is always fully open. Unpretentious persistence has kept this band driving forward with their heads down simply doing what they love, smashing their fans in the face with hard hitting, pulse driving Metal.

This most recent album was concieved when founding bass player Rob Grant fell ill and co-founding guitarist Greg Boileau wanted one last recording with him. Sadly Rob never got to play on it and lost his battle in 2012. It took some time but Greg along with longtime members drummer Roger Banks and vocalist Mike Wilson, pushed ahead to finish the CD and have dedicated it to their brother Rob.

In May 2015 the band signed a record deal with Pure Steel Records based out of Germany and the band’s goal for now is to promote the CD and resume playing shows in Canadian cities with the addition of veteran bassist Les Wheeler They will also be embarking on a European tour (where metal is still flourishing) for the summer of 2016.

In 2018, Sarasin chose to raise the bar and Raise The Pain. Veteran vocalist Fabian Bortolotto entered the Sarasin family and the creation of the next CD Raise The Pain began. In the spring of 2019, Sarasin gave the public a taste of their new creation and it was had an overwhelming response with a sold out show at the Hamilton Place Studio Theatre.

Sarasin is now what it wanted to always be….a driving force in metal music and continuing its legacy!!!